Posted on February 7, 2013 by yamikuronue

When last we met, Shar had attacked an intruder in her home:

“I spend all my waking hours on Mesopotamia; I’m not going to dream about it, too.” 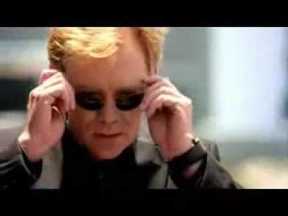 Wolfie slunk back in. “I peed.”

“On the rug.” He pawed at the gray rug by her bed. 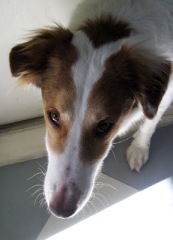 (What can I say, the potential for cute dog gifs is half the reason I’m doing this novel in the first place :D)

So anyway, I’ve gone past where I’d read before when sampling the book and I have to say, I did not expect that I’d like Shar so much. She’s far and away my favorite right now… wait, except Kammani, does she count? Shar realizes that the mystery man is the guy from the temple and figures she’s having a sexy dream about the bas relief.

Bowser’s still talking; the professor shows back up again and she’s coaxed into talking to him. Which. Frankly, why is he at her door first thing in the morning? That’s a little stalkerish. I hope he doesn’t sparkle. Apparently he’s here to apologize, which can totally be done over the phone at a more decent hour of the day.

“How would you know?”

“I used to stop here every morning on my run and she’d feed me cookies.” 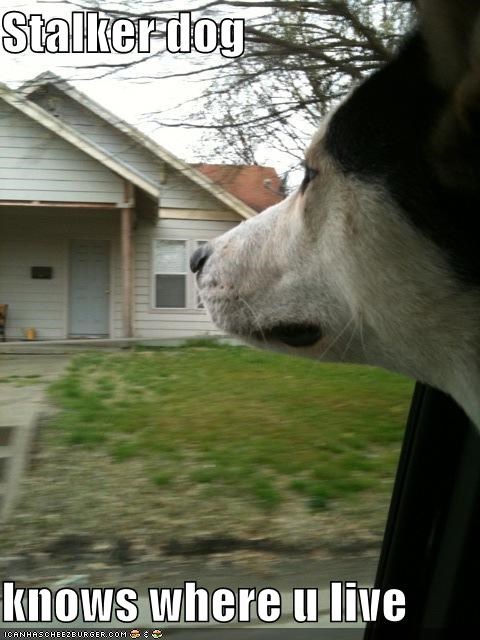 “The tap water in this part of Ohio tastes like industrial waste.”

Here here! I’ve got an aftermarket filter on my tap, and I still won’t drink it straight (the filter is to stop it from overpowering tea and cooking applications).

Abby was way past thinking. Her nipples were tight, her stomach was knotting, and considering that she wasn’t wearing any underwear, it wouldn’t take her any time at all to push him on the floor and climb on top of him.

Christopher drained the glass, set it down on the counter, and looked at her like she was a cornered rabbit and he was a hungry fox.

There must be something in the water…. other than sewage.

This is probably because he keeps comparing her, out loud, to her grandmother, insisting that she’s inferior. If that’s not a turn-off…

The awkward is interrupted by someone who… pushes her way in off the street because she smells cookies and is desperate to buy some. What? She’s not deterred by Abby saying she’s closed. What? I mean, I guess people DO that, but still… What?

“Did you think I was going to kiss you?” [Christopher] said.

“Why did you close your eyes?”

Also, is it just me or is pushing her on a clearly embarrassing issue like that highly rude? Let it go, dude.

For the last section, we cut back to Daisy:

Daisy pushed thruogh the heavy wooden door of the humanities building, hung a right, and headed down the hallway toward her office, clicking on her favorite pen as she planned out her day.

Ooh! Ooh, is this it? Is this the dreaded yet inevitable “web code writing” session?!

Daisy […] pushed out of the front door of her office, hurrying down the hallway to the exit

We do, however, meet a new character! Daisy’s coworker, Vera, was one of the names mentioned by Kammani as her priestesses. She’s accompanied by her…

Did I read that right?

Apparently that’s a thing, it’s called a Beagleman. Daisy can understand what Squash is saying; apparently, Vera meant to take him to the class, but backed out at the last minute.

Lucille, the one who interrupted Abby earlier, apparently needs to give Daisy her priority list; however, she’s too busy hitting on some guy named Frederick and eating Abby’s cookies to pay attention to work matters. A strange wind keeps blowing, probably connected to Vera somehow. Vera also keeps pushing Daisy to try strange new vitamin drinks, going so far as to smuggle them into Daisy’s coffee — which I am not pleased with either. Does anyone have a normal social interaction in this chapter?

Vera seemed both surprised and pleased by the question. “Well, sure. She talks to me all the time.”

The old dog’s eyes lit up, and she barked, “I’d kill for a Snausage.”

Vera beamed with pride, turned to Daisy, and said, “She says you’re a very forgiving person.”

There is, however, a brief cameo of a (talking) pug named Petunia, proving that it’s all dogs and not just those belonging to the priestesses that can be heard.

2 Responses to Dogs and Goddesses: Chapter 5